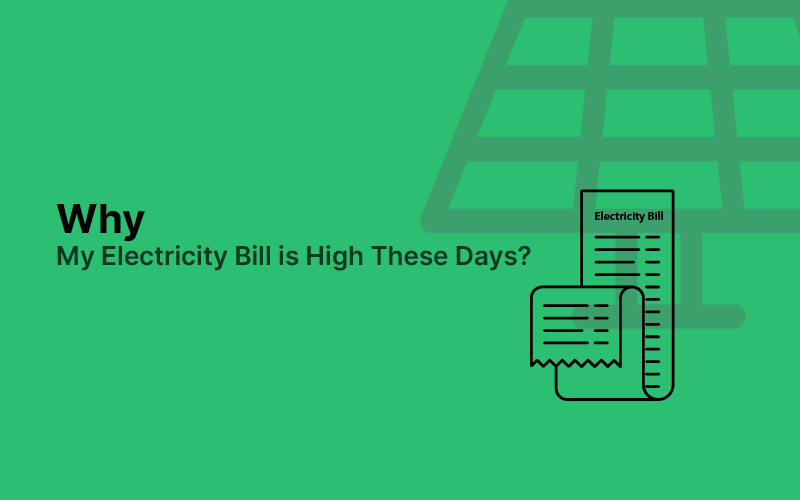 Still scratching your head while staring at your electricity bill?

Well, this summer has made a lot of us scratch our heads and pull our hair as we were handed over hefty electricity bills this month.

While the whole country is getting slowly out of the lockdown, countrymen across different states in the country felt the heat of inflated electricity bills in the month of June. This shocker came when distribution companies handed over hefty utility bills to the consumers. Complaints of exorbitant electricity bills were received from Telangana, Andhra Pradesh and Rajasthan, Delhi, Mumbai and other various regions of the country, where residents stated that their electricity bills increased two-three folds during the lockdown months.

This means we are not the only ones, however, the question still remains unanswered.

Why is there a sudden rise in the utility bills?

1. Advents of the Lockdown

The unprecedented virus and the lockdown itself had confined almost all of mankind to its home. People stayed at their homes and consumed more energy than what they would have normally consumed. Besides being at home all throughout the day, people had to work from home. This led to an increase in per capita energy consumption. Before the lockdown, people used to go to the office and use electrical devices such as laptops, cellphones and air-conditioners at the office. However, during the lockdown, all the energy is now consumed at homes, which in turn has led to an increase in the residential bills.

While the people stayed in their homes during the lockdown, the heatwave in India gripped in the month of May and increased the per capita electricity consumption. The energy consumption also increased as due to climate getting warmer, people had to turn on their desert coolers, fans and air conditioners. In fact, the consumption increased many folds as people had to stay and use appliances 24×7.

Owing to the regulations of restricted movement, the electricity distribution companies were either unable to send staff or faced difficulty in reaching consumers’ homes to note the metre readings. So, some companies in spite of billing consumers during March, April and May, they billed them on the basis of utility bills for the same months of last year. And some companies halted the process of billing altogether. But, as the normal billing process gets started, companies have billed consumers for the last three months in one go, without taking into account the change in slab levels. Consumers are overwhelmed by the unreasonably high amounts they have been asked to pay.

With a solar rooftop system, you not only generate your own electricity but also saves money as your dependence on power distribution companies reduces. You can use the home-grown energy from your solar panels, instead of the energy from the regular grid the actress and save off the electric utility bills.

Also, with an on-grid solar panel system, you can avail to net metering and get billed for the difference between the energy produced by the solar power system and the energy consumed by the house over the monthly billing period. For instance, you have a grid-tied solar rooftop system which produces 500 units of electricity every month, and you use 600 units from the grid. So, with the net metering system, distribution companies will charge you for (600 – 500) 100 units with rates set by regulatory bodies. Average rate around the country is Rs10/unit. So, your monthly bill would be 10 X 100 =Rs1000. And if you produce 500 units of electricity every month, and use only 400 units, you will be billed for 0 units and paid for excess 100 units of energy produced by your system.