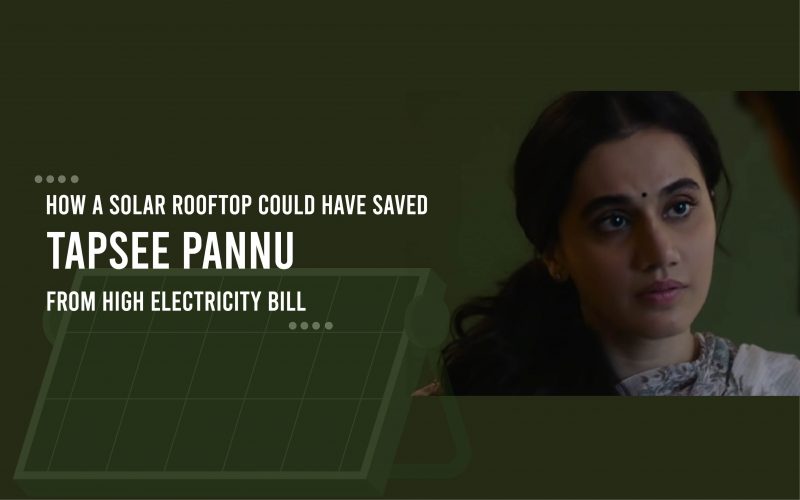 Was that really an error of placing the decimal?

There is indeed a high rise in the electricity utility bills received by the consumers. It was not just Tapsee from the Bollywood fraternity who felt the heat of inflated electricity bills in the month of June. Actors like Vir Das, Dino Morea, Kaneez Surkha, Shruti Seth and Amyra Dastur also complained about the same.

In fact, complaints of exorbitant electricity bills were received from common people as well. Residents of Telangana, Andhra Pradesh and Rajasthan, Delhi, Mumbai and other various regions of the country, stated that their electricity bills have increased two-three folds during the lockdown months.

Also, after the complaint from Tapsee Pannu was registered, the meter reading and the bill was verified and the bill came out to be correct.

Does that mean Tapsee has to really pay this outrageous bill?

Well, if that is true, we have a solution for Tapsee and for the people alike, who are worried about their high electricity bills. It is the ‘Solar Rooftop System’. Let us see how.

Electric bills depend primarily on two factors: how much electricity is used, and the rate that the utility company charges for the electricity. Tapsee, like many other countrymen, has been staying at home because of the lockdown and the new ‘work from home’ working culture. This has led to an increase in energy consumption at home and hence the bills received are steep. Besides the seasonal impact on the electricity bills, the recent amendments in meter reading and billing process by various power distribution companies have also increased the bills. However, with solar panel rooftop system, both these factors can be eliminated. Here’s how;

Now, with a typical photovoltaic rooftop system of 5kW, Tapsee could have generated around 30-45 units of electricity every day. All that energy would have been harnessed at home without involving any power distribution companies. Using the home-grown energy, instead of the energy from the regular grid the actress could have saved off the electric utility bills.

If Tapsee had installed an on-grid solar panel system, she could have sold the generated energy from her solar rooftop system to the grid, availing the net metering system. Net metering allows utility customers who generate their own solar electricity, to feed some of the energy that they do not use, back to the grid. This billing method credits solar customers against their electricity consumption, lowering their monthly bills. Not only Tapsee could have saved money on her monthly electric bills, but she could have also protected herself against the rising utility cost.

With ZunRoof’s IoT-powered remote monitoring system that provides real-time updates about the performance of a solar rooftop system, Tapsee could have predicted her bill and could have avoided high unexpected bills.

Using a solar energy system on their rooftops anyone can save themselves from paying high electricity bills. In fact, solar rooftops are now affordable as well. We now have a comprehensive Monthly Payment Plan. You can read more about the plan in the article here; ZunRoof Now Makes Solar Rooftop Affordable for Indian Homes.