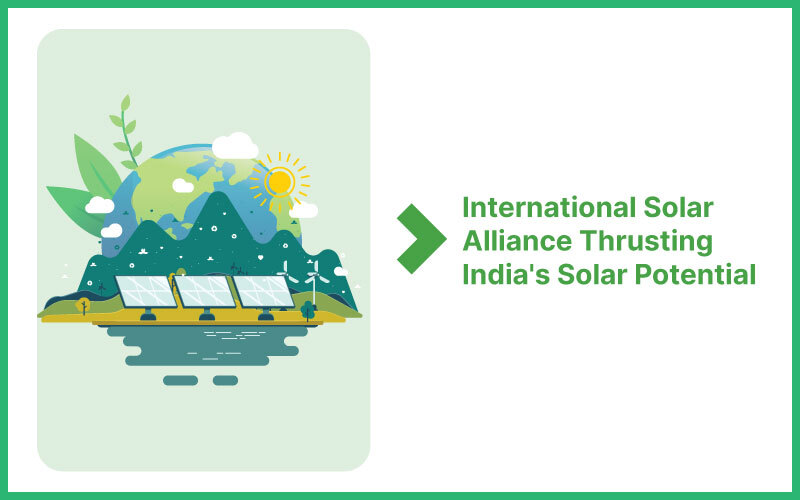 Taking a giant step ahead in the energy sector, India recently called in proposals for ‘One Sun One World One Grid’ (OSOWOG) initiative. This ambitious is aimed at the creation of regional and international interconnected green grids. This network of grids can help to share renewable energy across international borders. Additionally, the OSOWOG initiative will aid the Indian government to step towards building a global ecosystem which can be seamlessly shared for mutual benefits and global sustainability.

A few years back, the India-led International Solar Alliance (ISA) came into existence. This alliance of 121 countries initiated by India, is aimed at efficient use of solar energy to reduce dependence on fossil fuels. The alliance is the second-largest grouping of states worldwide and its member-countries lie either completely or partially between the Tropic of Cancer and the Tropic of Capricorn. The initiative was first proposed by Indian Prime Minister Narendra Modi in a speech in November 2015 at Wembley Stadium, in which he referred to sunshine countries as Suryaputra (Sons of the Sun).

These two ventures together have put India among the frontrunner-states in the solar sector. Looking at the current scenarios and trends, it is clear that the initiative will help India in its efforts towards energy transition, along with creating a field for global sustainable security. These initiatives will also strengthen India’s dialogue in regard to energy sources at the world stage as well give an opportunity to lead such a big number of country.

The International Solar Alliance (ISA) was conceived as a coalition of solar-resource-rich countries to address their energy needs. It aims to provide a dedicated platform for cooperation among solar-resource-rich countries. The network will create a global community, including governments, organizations, corporates, and other stakeholders to help achieve the common goal of increasing the use and quality of solar energy. The ISA has 122 sun-belt countries that lie between the two tropics as its prospective member countries and currently gives membership tp 86 countries.

The interests and objectives of the ISA are as follows:

As most of the member states of the ISA are poorer countries, the alliance aids them to join together and bargain with the oil-rich countries to break their monopoly over oil and gas. Additionally, strife-ridden states like Afghanistan, Uzbekistan and Turkmenistan, because of having an abundance of solar energy, can join together and form an institutional body to tap solar energy.

For India, which is emerging as the hub of solar energy, being one of ISA’s founders, can reduce its energy dependence on the west-Asian countries. This initiative can be India’s calling card on climate change and an effective foreign policy tool. As the US has withdrawn from the Paris climate deal and China’s is continuously trying to co-opt countries into its ambitious One Belt One Road (OBOR) initiative, India can employ this initiative to become a global leader.

Do give our blog a read for all your solar-related questions. You can also check out other interesting updates on solar on our Facebook page. (facebook.com/zunroof)