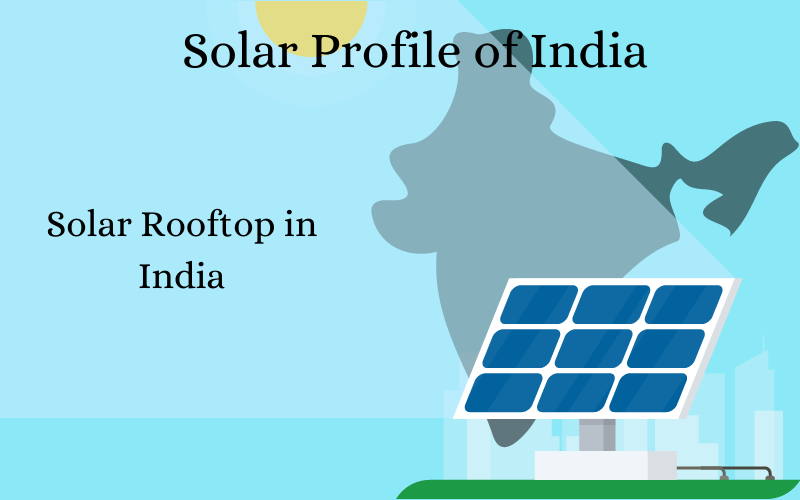 In fact, the government of India has set a huge renewable energy capacity target of 175 gigawatts (GW) by 2022. Out of which, 100 GW is the share of energy produced from solar power. And of this 100 GW, 40 GW (40%) of the target is expected to be achieved through rooftop-scale solar projects.

Currently, solar rooftop sector holds the15% of the total solar power capacity in India. Among all the states Maharashtra has the highest installed capacity of rooftop solar followed by Tamil Nadu, Karnataka, Rajasthan and Uttar Pradesh.

Karnataka emerged as the top state for solar energy in 2019 with 1.8 gigawatts (GW), followed by Rajasthan and Tamil Nadu. These three states accounted for almost 70 per cent of solar installations in 2019.

The rooftop solar market holds huge growth potential across India and should be exploited to help meet the growing energy requirements of the population.
Rooftop solar PV can meet the electricity needs of consumers. Truly, there has been a tremendous increase in the number of solar adoption not only in India but also in the world. This increment can be attributed to favourable net metering policies and increased consumer awareness.

However, despite strong growth, India has to-date achieved only 10% of rooftop solar target capacity
addition of 40 GW by the year 2022. India needs to accelerate the pace of new solar
rooftop installations, while the rooftop solar photovoltaic system must be encouraged for large scale
adoption.

While India has been a frontrunner with respect to ambitious targets for rooftop solar, the probability of India achieving these targets by 2020 remains low. Majorly, because of the policy changes and the current deployment rates. Hence, there is an urgent need for innovative interventions to promote and finance rooftop solar deployment. On such initiative, the Monthly Payment Plan for solar rooftop system has been introduced by ZunRoof. With this payment method, home-owners can now get a solar rooftop system installed at their homes without even paying its entire cost. The plan comes with a minimum upfront payment and an affordable monthly payment which is as low as ₹660. This initiative will not only take away the budgetary constraints of home-owners and make the solar rooftops affordable in India homes but also add up more people to the solar industry.