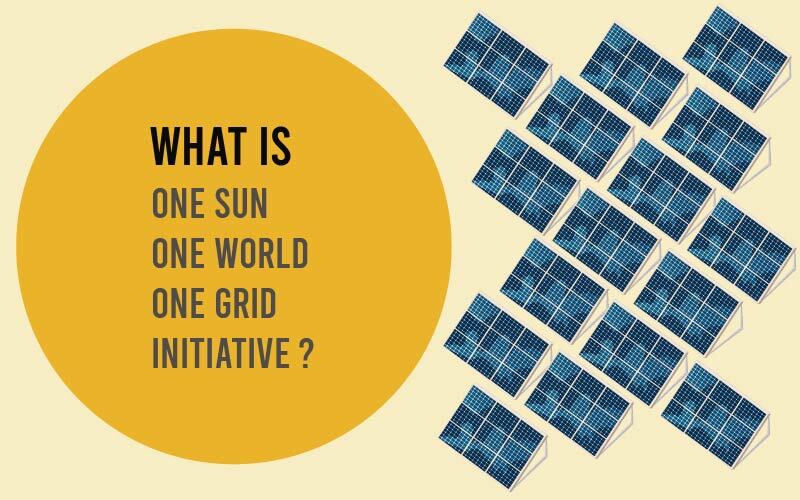 India recently called for connecting solar energy supply across borders through a global grid of non-renewable energy. The mantra of ‘One Sun One World One Grid’ (OSOWOG).

According to the RFP, “India’s Prime Minister recently called for connecting solar energy supply across borders, with the mantra of ‘One Sun One World One Grid’ (OSOWOG). The vision behind the OSOWOG mantra is “The Sun Never Sets” and is a constant at some geographical location, globally, at any given point of time,”

This would be the key to future renewable-based energy systems globally. Creation of regional and international interconnected green grids can enable sharing of renewable energy across international borders. In fact, the OSOWOG initiative will aid the Indian government to step towards building a global ecosystem which can be seamlessly shared for mutual benefits and global sustainability.

In 2018, during the first-ever general conference of International Solar Alliance, whose headquarter is in Gurugram, India, an idea of a global electricity grid was pitched. Stressing that the country would generate 40% of power from non-fossil by 2030, India called for connecting solar energy across borders through a network of grids.

The initiative is a part of moving forward on its promise to reduce the emission level by 30-35% and increase the share of non-fossil fuel-based electricity to 40% by 2030.

India has been supplying power to Bangladesh and Nepal and has been working a South Asian Association for Regional Cooperation (SAARC) electricity grid minus Pakistan to meet electricity demand in the region.

However, this initiative will be fostering cross-border energy trade of renewable energy supplies. The plan has been spread across three phases;

This initiative can be India’s calling card on climate change and an effective foreign policy tool. As the US has withdrawn from the Paris climate deal and China’s is continuously trying to co-opt countries into its ambitious One Belt One Road (OBOR) initiative, India can employ this initiative to become a global leader.