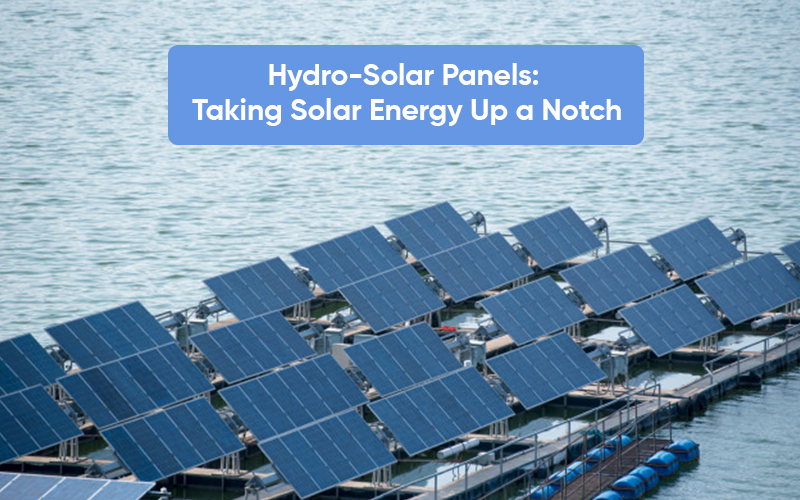 Have you ever thought about how the water which is made from the air would taste like?

Well, a new state-of-the-art technology has been developed that harvests pure drinking water from the air using solar energy. And it claims to produce water that just tastes like water. This solar-powered technology of hydro-panels captures water vapours from the atmosphere and turns them into clean drinking water.

The energy produced by solar panels powers various parts of the system. Two heat-generating plates on either side of the PV panel captures moisture from the air and turn it into water. The process is somewhat similar to the formation of dew on the grass. The water is then collected in the reservoir where it is mineralized, ph balanced and made drinkable.

The system is self-contained, does not require electricity and completely functions on solar energy. A single unit has the capacity to produce eight to ten litres of water every day with optimum condition.

Additionally, the whole installation process of the system requires three men and a single hour.

There is no doubt that the lack of access to drinking water is a grave problem all around the planet. Millions of people die every year due to lack of fit water. However, this technology holds a fitting potential to solve this problem.

Even the groundwater has been almost completely exhausted, which calls for another source of clean drinking water. As this technology provides an independent source of water which is based on the sun and the air, it can replace groundwater as the main source of drinkable water.

The technology is fairly expensive as it is still at its nascent stage. However, more advancement and investment in the industry are expected to come through in coming time, which will unleash this technology and expand its scope. Mankind will witness a new dimension of utilising solar energy and large scale production of water with a pristine method.

Well, we haven’t yet tasted the water produced by hydro-solar panels. But, we can bet, when the sun and the air together make pure drinking water, it would like ‘technology’.

Do give our blog a read for all your solar-related questions. You can also check out other interesting updates on solar on our Facebook page (facebook.com/zunroof)
Reach out to us by filling the form below: