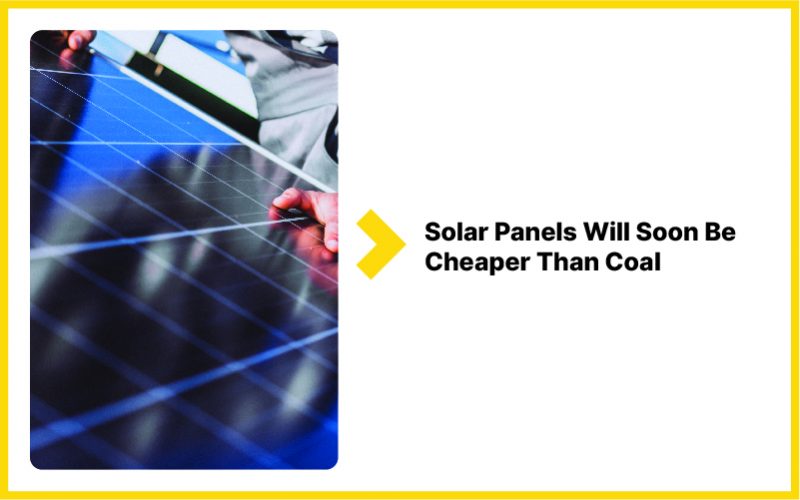 Building solar plants across the globe will soon be cheaper in every prime market across the planet than the existing coal fire powered stations. The new report has raised some fresh doubts about the vulnerability of the billion-dollar coal industry. The solar industry is increasing at such a hyped rate that even the provisionality of nuclear energy will also be at stake in quite a few months.

While there are some countries that are on a faster track as far as the development of solar is concerned. A detailed analysis by the Carbon Tracker Initiative, a climate finance magazine has found renewable energy and power one of the cheapest means of energy in a lot of markets around the world. Developing countries like India, Australia, and Brazil are some of them, public of whose are expected to spend less on electricity bills powered by coal. The initiative has predicted that the solar industry in these countries is expected to grow manifolds and will become one of the recognized industries until 2030.

Statisticians, all over the world had reported that electricity bills coming up due to solar plants are a lot lower as compared to coal-powered ones. The revenue is quite higher than 60 percent of China’s coal fleet and half of the fleet in Australia. Talking about other countries and some renewable energies similar to coal, wind power is expected to cost less than the newly found coal plants and is expected to get cheaper than existing coal by the year 2028.  Japan is one of the countries which are running in losses as far as renewable energies are concerned and Japanese coal vendors are now exporting 90 percent of coal. By 2028, the coal market in Japan will supposedly go extinct due to the huge losses taken off by their industries. Solar power in Japan was forecast to be a better option than new coal by 2023 and existing coal by 2026.

The solar conditions in East Asian Countries like China and South Korea are almost the same. With solar panels becoming cheaper, power generation through renewable energies like solar and wind are easier, resulting in much fewer electricity bills.

The global rejection of coal-powered energy has given a generalistic rise to the acceptance of solar products, not only by industries but also by domestic products as well. Some governments were effectively incentivizing new coal power through regulatory programs.