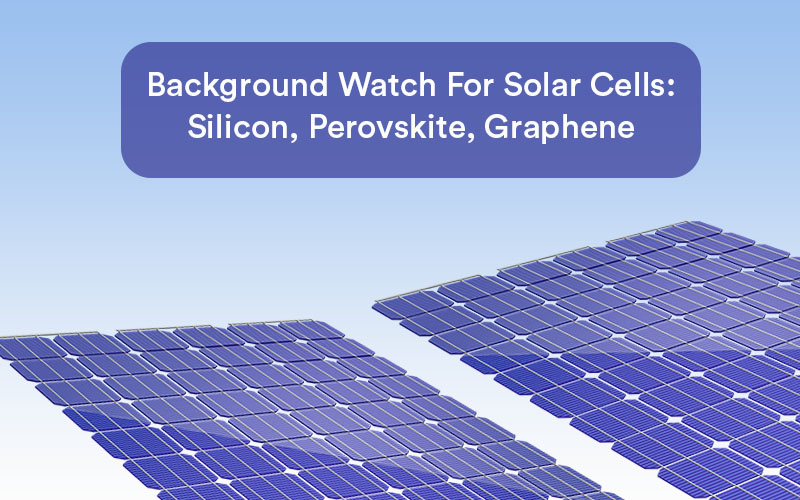 Researchers based in the University Of Rome in Tor Vergata, Italy have devised a new technique where graphene is combined with perovskite silicon solar cells to achieve efficiencies of more than 26%. The research was done in a collaboration of the Italian Institute Of Technology and ENEA. Known popularly as Engman’s Elektronik Aktiebolag, located in Stockholm, Sweden, and portraying the venture through IT development firms, ENEA has now penetrated into research-based renewable energy as well. Starting with solar, ENEA has found some really enigmatic researchers in the Italian Institute Of Technology, which deplorably decreased the cost for solar cells, making it more effective to use in the near future. The versatility of graphene can now lead can now help manufacturers and researchers to envision a new manufacturing technique that can double the advantage. Not only production costs will be lowered, but the increment of production of large-area solar panels can be maximized as well. This can double-fold the usage of silicon as one of the prime ingredients, as far as solar production is concerned.

Solar cells and their working are somehow limited when physics law is applied to it. (Need to get into a lot of technical extravaganzas, while explaining, so let’s skip the part).  For that reason, scientists around the world have come up with a lot of alternating materials such as III-V and Perovskite. Though perovskite presents a few production challenges, it played a huge role in increasing the production of solar cells.  The utilization of perovskite and silicon has produced “tandem cells” which in turn increased the stability, longevity, and electricity saving capabilities of these cells.

Lead Researcher and the author for Graphene Flagship Partnership in the University Of Rome, Tor Vergata has stated in lieu of solar panel research that the new approach to manufacture graphene-enabled tandem solar cells could provide a double advantage. First, of all, graphene enabled solar cells can be applied to all the perovskite solar panels, including those which are processed in very high temperatures. But graphene can be incorporated through widespread solution manufacturing methods, which could prove to be key in deploying new and enigmatic technologies which can be awesome and deliver solar-driven technologies that can be of relevant use.

Before the full implementation of Perovskite solar modules, users might have some kind of compatibility issues. Graphene and related materials like III-V and Perovskite actually improve the performance, also increasing the stability and scalability of these devices.

Science and Technology Officer of the Graphene Flagship has been quite vocal about the implementation of solar cells and added in its favor, saying, “The application of graphene and related materials to solar energy generation was recognized as a strategic priority since the start of the Graphene Flagship. The first graphene-based solar farm is being set up this year. These new results underpin our effort for the following 3 years to produce panels defining the state of the art. This also shows how the work of the Graphene Flagship strongly aligns with the UN’s Sustainable Development Goals.”

Business Managers of a leading business daily have been supportive of this historic development and have ventured that this development could make an entry into residential solar panels as well.