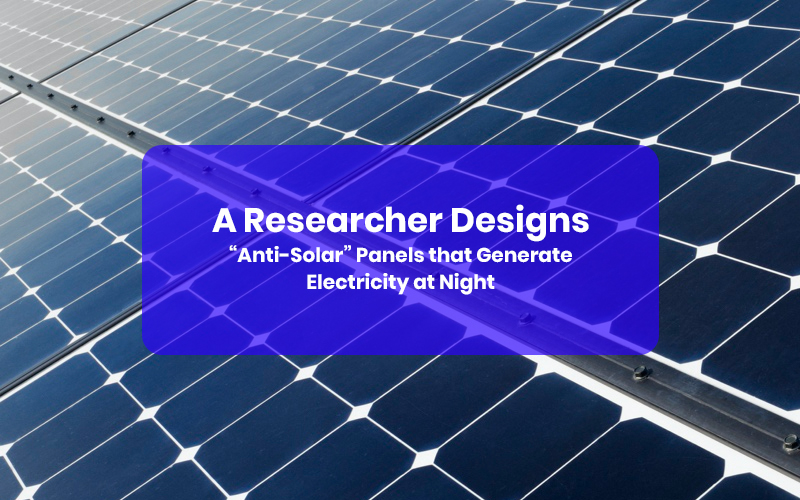 Been through several innovations over the years, solar energy is one of the cleanest and greenest sources of energy that is catching up with the fast pace of renewable energy switch in the world.

Researchers at the University of California, Davis, have reportedly invented a new type of solar technology that can generate electricity during night time. Calling the newly-created technology ‘anti-solar’, researchers at UC Davis, stated that this innovation could be a major breakthrough in the solar industry.

Interestingly, the working mechanism of the “anti-solar panels” are the exact opposite of conventional solar panels. Where the regular solar panels work by capturing sunlight and converting it into usable energy, anti-solar panel works on reverse mechanism by trapping energy radiated by Earth to the Space.

The already developed prototype produces 50 watts of electricity per square meter, only about 25% of what traditional solar panels can generate during the day.