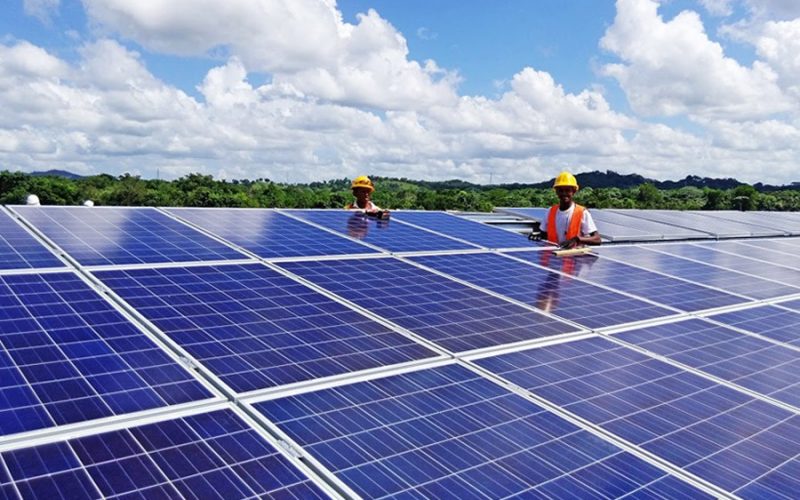 Subsidy For Rooftop Solar Given by Ministry Of Gujarat

While presenting the budget, Mr Nitin Patel( Minister of Finance) said,
“I am glad to inform this August House that I announce a new solar roof-top scheme this year, whereby 2 lakh families will be covered during the year. Under this scheme, beneficiaries will be given a subsidy of 40% up to 3KW and subsidy of 20% for a system of 3 to 10 KW. Provision of ₹1000 crore for this scheme has been made during the current year.”
“The benefits of Solar Rooftop Scheme are Immense and people have Saved so much From their hefty bills”

People of Gujarat can avail  40% of subsidy in rooftop solar systems up to 3 kW capacity and 20% for system capacities beyond 3 kW and up to 10 kW. However, only one of the subsidies can be availed by the User.

The state of Gujarat is giving its wasteland for the expansion of solar energy and setting up renewable parks. As a result, the capacity will generate approximately 30,000 MW over the next 10 years. Of this, 10,000 MW will be used for distribution in other parts of India.

The installed Capacity of wind and solar energy in the state of Gujarat has been increased to 6,200 MW and 2,500 MW.  Major Projects Like Radhanesda Solar Park and Dholera Solar Park Projects are in progress.

The budget presented by Government of Gujarat also talks about small-scale solar power projects (500kW to 4 MW) on private land. This is expected to motivate small entrepreneurs to invest in solar projects and renewable energy. A target Of 2000 MW solar energy has been taken in mind by the government of Gujarat

Expansion Of Rooftop Solar in India

The Number of installed rooftop solar capacity registered at 4,375 MW at the end of Financial Year 2019. There has been consistent growth in the instalment of a Solar rooftop system. India and China Expanding their renewable energy specifically solar energy. India still has miles to go before it can achieve its target of 40 GW rooftop solar for 2022.

Gujarat budget is definitely a milestone for India’s initiative to be self-sufficient and powerful enough in producing Solar energy in India.