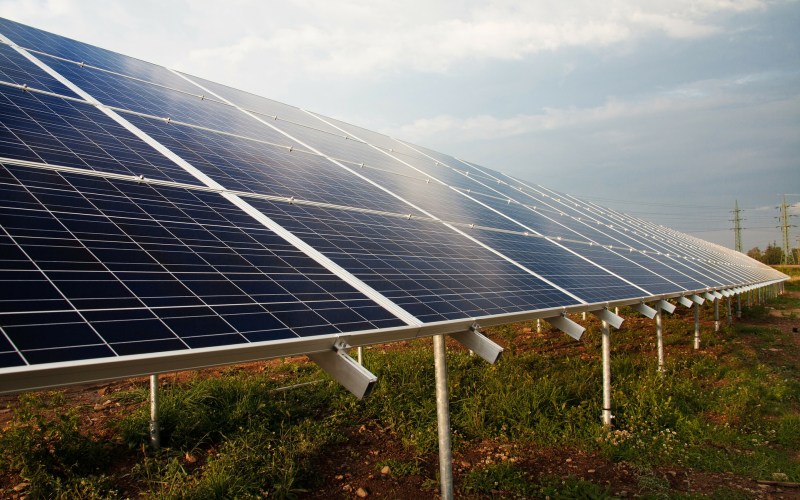 Solar power systems are made up of different components, the most important component used in solar panels is Silicon. It is a non-metal with conductive properties that give the ability to convert the sunlight into an electricity. When the light comes in contact with silicon, the electrons come in motion which initiates the flow of electricity. This is coined as “photovoltaic effect”.

Silicon alone itself can’t lit up your house alone, it requires a metal casing and wiring which allows the solar cell electron to escape and supply useful power.

2. Poly-crystalline:- solar cells are also silicon cells, but rather than being formed in a large block and cut into wafers, they are produced by melting multiple silicon crystals together. Many silicon molecules are melted and then re-fused together into the panel itself. Polycrystalline cells are less efficient than monocrystalline cells, but they are also less expensive.

3. Amorphous-crystalline:- cells create flexible panel materials that are often used in thin film solar panels. Amorphous silicon cells are non-crystalline and instead are attached to a substrate like glass, plastic or metal.

A standard solar panel includes a glass casing at the front of the panel to add durability and protection for the silicon PV. Under the glass exterior, the panel has a casing for insulation and a protective back sheet, which helps to limit heat dissipation and humidity inside the panel.