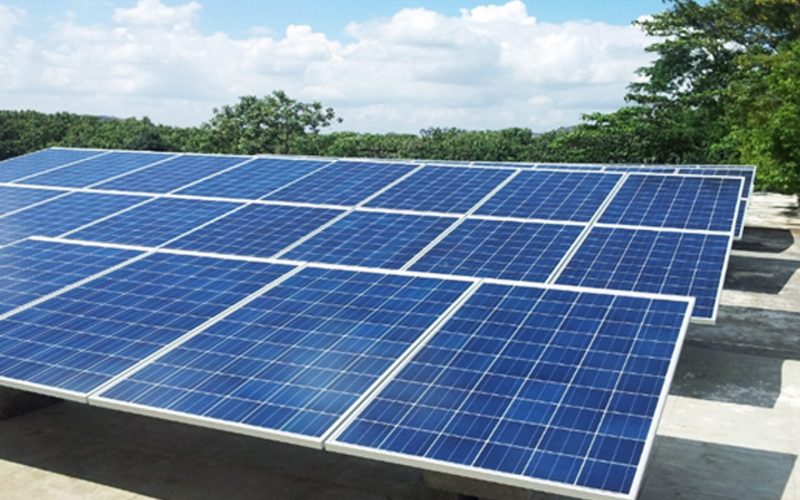 India is a country which is located near the equator, it receives approximately 3000 hours of sunshine every year which is equivalent to 5000 trillion kWh of energy.

India has got the ability to generate over 1,900 billion units of solar power annually, which is equal to the entire annual power demand till 2030.

The future of India depends on achieving the ambitious solar power generation target of 100 GW by 2022. The cumulative solar capacity is going up to 15.6 GW, as recorded on June 30, 2017, the market sentiment is upbeat because of the record number of installations. In 2017 around 8-10 GW can be installed, we could also face a slowdown in the short term as not many tenders are being released. While the drastic reduction in tariffs will lead to more demand, it has also left investors concerned. The government will majorly drive the demand with the NTPC, NLC, CIL, NHPC and Railways all inviting tenders for solar projects.

According to the Bloomberg New Energy Outlook 2017 report, more efficient batteries will provide flexibility of use and boost the reach of renewables, cutting the cost of solar energy by 66%. With energy storage picking up and costs becoming increasingly viable, this formidable combination will help create a truly sustainable ecosystem and reduce carbon footprint considerably.

These were the prerequisite that how India can advance in the field of solar energy.

There are many factors which determine the that India can turn into a solar energy:-

1. Geographical Advantage:- The geographical location of India is such that it can not only produce enough energy to meet its own requirements but also produce enough energy for the entire world! Because it falls in the tropical region, it receives generous amounts of solar radiation all through the year amounting to nearly 3,000 long hours of sunshine. In India, there are top five states which have the highest renewable energy capacity where solar modules are able to produce ample amounts of electricity even on overcast days.

2. Upcoming Solar Projects in India:- The states of Andhra Pradesh, Gujarat, Madhya Pradesh, Rajasthan, Punjab, Haryana and Maharashtra have incredulous amounts of potential to tap solar energy, owing to their strategic location. At present, the Thar region in Rajasthan is home to some of the best solar projects of the country, generating close to 2,100 GW power. Gujarat houses one of the largest solar power plants in India. Last year saw Indian government has been approved of a master plan envisaging the upgradation of 50 of India’s cities to blossoming solar cities.

3. Highly Advantageous at Cheap Cost:- It is true that solar panels and solar systems are slightly expensive to purchase, to begin with. It is, however, also true that solar systems once set up help save money, from the moment on! Solar panels usually have a lifespan of around 25 years and are definitely worth the investment in every respect. The use of solar energy to power electrical appliances eliminates any dependency whatsoever on the constant supply of electricity to any place. Solar power is also good riddance of hefty monthly electricity bills for the common man.

Even though many people have already taken to installing solar panels in their homes and offices for meeting their energy requirements on a daily basis, there is still a long way to go before India becomes a complete solar nation. But it doesn’t mean that it is not feasible to provide solar energy in INDIA.