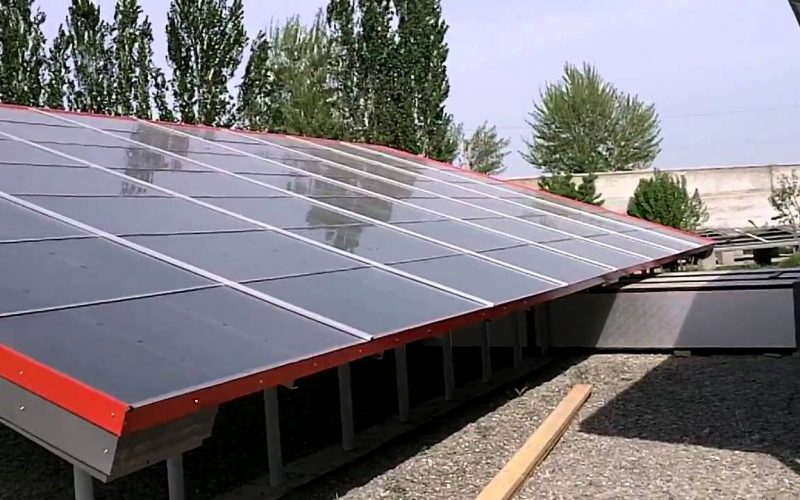 Solar dryers are devices that use solar energy to dry substances, especially food. There are two types of solar dryers:-

In many countries of the world, the use of solar thermal systems in the agricultural area to conserve vegetables, fruits, and other crops has shown to be practical, economical and the responsible approach environmentally. Solar heating systems to dry food and other crops can improve the quality of the product while reducing wasted produce and traditional fuels – thus improving the quality of life, however, the availability of good information is lacking in many parts of the countries where solar food processing systems are most needed.

Taking the example of Manipur, in order to show that how solar drying has helped in improving the agricultural activities in this place.
Total population of Manipur as per 2011 census is 2,721,756 of which male and female are 1,369,764 and 1,351,992 respectively. In 2001, total population was 2,293,896 in which males were 1,161,952 while females were 1,131,944. The agriculture sector has a vital place in the economy of the state. It contributes a major share to the State Domestic Product 52.19 per cent of the workers in Manipur are engaged as cultivators and agricultural labourers. However, the performance of agriculture in the state mainly depends on timely rainfall and weather conditions. Permanent cultivation is generally practised in the valley districts while terrace cultivation is practised in some pockets of the hills where jhuming or shifting cultivation is widely adopted in most of the hills.

Manipur is suitable for the development of horticulture. Besides, there is ample scope for bringing more land under fruits and vegetable cultivation in the hilly areas as well as in the valley. The average annual productions of fruits and vegetables during the year 2007-08 were 2.74 lakh MT and 0.11 lakh MT respectively. The farmers have poor resource availability, particularly where the vegetables are grown as subsistence crop by the small and marginal landholders.

The spoilage of fruits and vegetables can be controlled up to some extend by drying of the products to optimum moisture content using the eco-friendly solar dryer. Solar drying has many advantages over the other forms of tradition dryers. Drying is an excellent way to preserve food and solar food dryers are an appropriate food preservation technology which is an integral part of a sustainable agriculture.

Actually, solar food drying is one of the oldest agricultural techniques related to food preservation, but every year, millions of rupees worth of gross product are lost through spoilage. Reasons include ignorance about the preservation of produce, inadequate transportation systems during the harvest season, and the low price the rural farmer receives for products during the harvest season.

Drying of crops can change this trend and is used in most part of the remote areas, especially those areas with lack of storage and scarcity of power supply, due to this problem; there is difficulty in expanding of the modern storage facility. If drying of produce were widely implemented, significant savings to farmers would be achieved. These savings could help strengthen the economic situation of numerous poor farmers as well as improvements in the nutritional diet of their daily intake.

Some Advantages of Solar Drying are as follows:-

This is how solar dryers are beneficial for the agricultural activities and can help to upgrade the economic conditions of a country.