Limiting global temperature rise to well below 2 degrees Celsius is a necessity now, as the alternative seems to introduce world dismantling consequences. The Paris Agreement has opened up a platform that showcases the benefit of collaboration in stopping climate change. If we are to assess, we would see that stopping climate change has inter-linked challenges. To clarify, although there are many countries, states, and cities, we all share a single planet. Therefore, it is impossible for a single country to achieve its climate improving targets without getting support from its neighbouring countries.

Collaboration is the only way to see positive changes in restoring our atmosphere and build a sustainable environment. Let us point out how global partnership is important and how it can help. 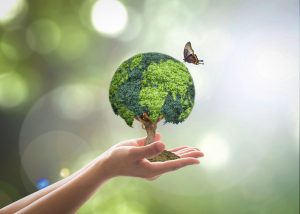 Why Partnering Is Important?

By focusing on renewable energy (especially solar), countries is trying to drastically transform their energy scenario which is the primary reason behind increasing CO2 emission. Global energy supply through fossil fuels have reached from 6,100 million tonnes of oil equivalent (Mtoe) in 1977 to 13,700 Mtoe by 2014. And global energy related CO2 emissions are estimated to increase at an average of 1.0% from 2012 to 2040. From coal combustion alone, Asia’s CO2 emission is estimated to rise more than 2.2 billion metric tons in the future.

When issues are beyond boundaries of state or country, the remedy should also be of equal magnitude, otherwise all initiatives would be lost to the rising CO2 levels. Only green energy revolution offers a reprieve from climate issues. But, energy revolution cannot prevent worldwide climate issues unless countries collaborate and come to mutual understanding through agreements.

Financial support- Developed and developing countries joining hands to fight hazardous climate change can create a platform to get financial help from. Developing countries would need financial backing to take on green energy initiatives like energy infrastructure development, skill development, RE plant installation, spreading awareness etc. And partnering the effort with developed countries would serve as a great help for them to quickly re-shape their energy scene for good.

Solar dominant countries have already made strides in the sector and amassed great amount of information on how to initiate and manage renewable energy (especially solar based) projects or initiatives. Being in a climate improvement collective, the countries without discernible knowledge base can plan their renewable energy growth, reducing the chances of mistake. 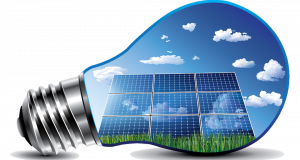 Partnering the initiative would also afford the countries to facilitate technology growth by sharing knowledge and information with each other. By quickly reaching latest technology to the furthest corners of the world, the initiative will create the urge or innovation, thus increasing the chance of faster renewable energy technology evolution.

Countries working together would also get a boost in demand creation by finding not just developed countries, but markets in the developing countries as well. This will create jobs, urge in skill development, start a competition between solar manufacturing giants to increase manufacturing capacity, sell quality products at much lower rate, thus making solar cheaper than fossil fuel.

Banding to fight the climate change is not a choice anymore it is a necessity. And delaying to make a collaborative effort in stopping climate issues by focusing on green energy growth could bring irreversible changes in the world we all share.

So, the path is clear, the results are easy to predict and all that it left is takin the step forward.