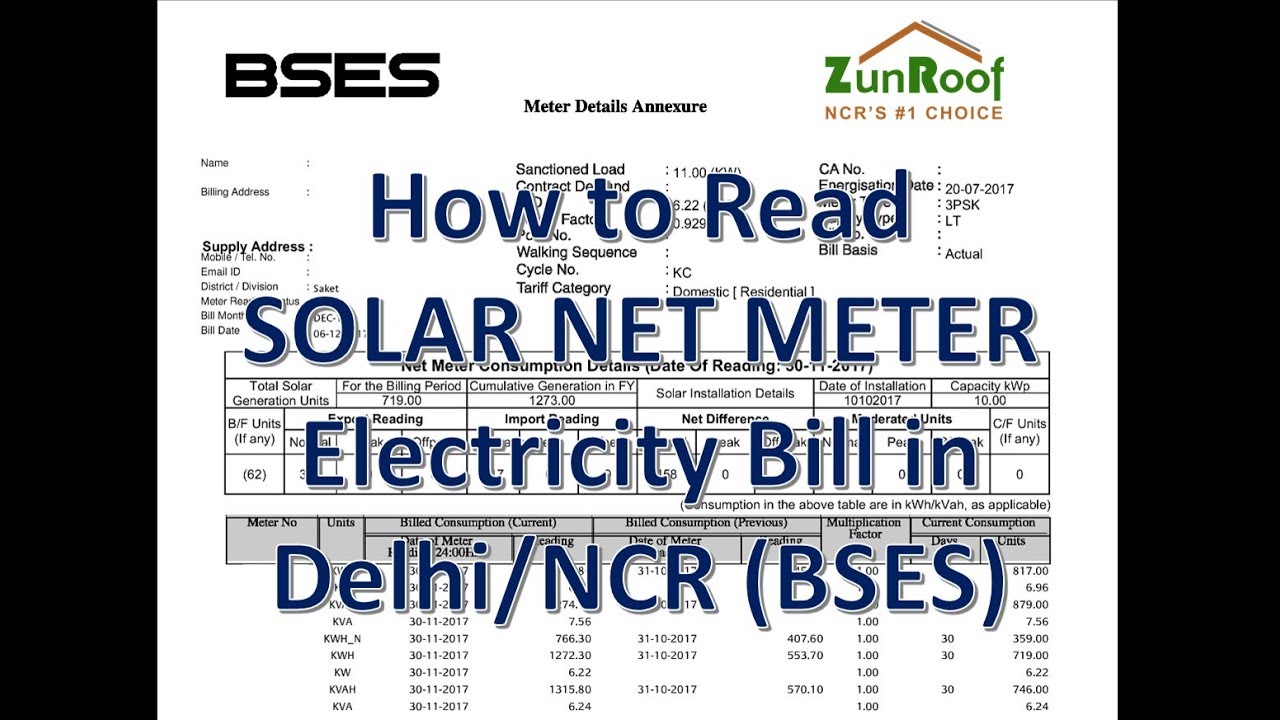 2            Basic details on connection and meter are provided here, bill needs to be paid on or before the due date to avoid any penalty charges.

3            below here, we have billing details including bill period, units consumed and total amount. The total units billed here are 396. The bill amount includes, fixed charges, slab-wise energy charges, which are calculated as per slab of units consumed.  The slab rates are given at the back of this page. Finally, here we also have taxes levied.

4           After adding late payment charges and other fines, we get a total chargeable amount that is stated here. Now, however, it is time to calculate subsidy.  Subsidy to domestic consumer is given in two slabs, 0 to 200 & 201 to 400 at Rs. 2 per unit and Rs. 2.975 per unit,respectively. Subsidy details can be found at the back of the bill. Here, we have the total subsidy amount. This amount is deducted from the total billable amount, giving the final amount payable.

7            This part here shows, the subsidy details which were used to calculate the final bill amount. Note that there’s no subsidy given to a domestic user for units consumed above 400.

Now, there are three possibilities with net difference in units.

If net difference is -:

Positive: energy consumption is more than energy production, and you will be charged for the difference in units. The unit rate of electricity will be decided based on the slab this difference falls into.

For a zero difference, meaning that production from solar panels equaled consumption, the bill amount will have only fixed charges which we talked about before.

A negative difference means, energy production from panels exceeded consumption and these extra units will be carried forward to your next month’s bill and will be automatically adjusted accordingly.

Most of our customers wants to know, what happens if I keep on generating extra units?

If at the end of the financial year, a customer has extra units left, then, BSES will refund that much amount at the same rate at which it purchases electricity from the power companies.

We do not recommend installing a larger rooftop system than required, as some of our customers have asked us in past.  The investment required to put up a system and expected returns by selling electricity to BSES may not be justified. Firstly because, the extra units produced will be refunded only at the end of financial year and secondly, because, the best way to maximize return by investing in solar is when your system reduces your bill by 90 to 95% as this saves you money every month. If you want to know more about returns from solar investment, we suggest you to get in touch with us, we will connect you with our solar experts. Call us on +91-920-569-5690 or visit www.zunroof.com

If you haven’t watched our video on reading normal electricity bill, click here to watch it now.

Thanks for watching this video, stay tuned for more such videos from ZunRoof team