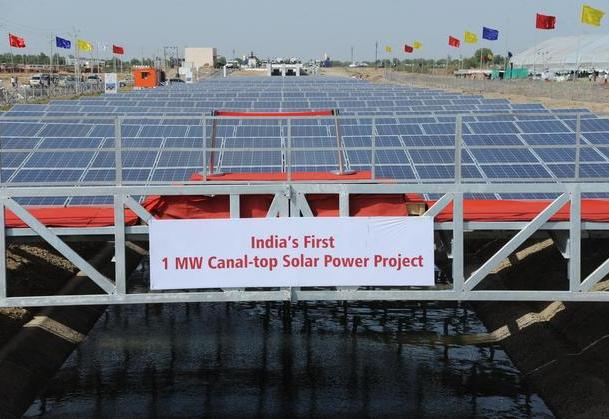 One would imagine that solar power plants require a vast area of land to install. But did you know that Gujarat has India’s first canal-top solar power plant already in operation. Implemented over Sanand Branch Canal of the Sardar Sarovar Project, it was developed by Gujarat State Electricity Corporation Limited (GSECL) with support from the Sardar Sarovar Narmada Nigam Limited (SSNNL)

Here are some finer points about the first 1 MW of the Canal-top Solar Power Project:

Do give our blog a read for all your solar related questions and check out other interesting updates on solar on our facebook page (facebook.com/zunroof).